In 2015 the new design-project, construction and technical documentation of the tramcar LM-68M3 has developed by "RIST" company. Its construction was mastered and the production of exterior and interior was launched. Since then, company "RIST" has taken a new direction in production - the construction and repair of public urban transport. Immediately after the implementation of the project (with 14 tramcars produced), a new tramcar 71-301 was developed and mastered in 2016 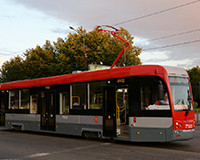 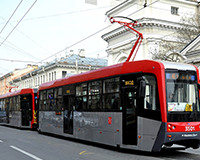 
Tramcar type LM-68M3 is designed for transportation of passengers on urban tramways. The tram is a modernization of the legendary LM-68M ("Masha").